Skip to content
madammommy Photography, The world around me. October 8, 2012 4 Minutes

‘Last Child in the Woods is the first book to bring together a new and growing body of research indicating that direct exposure to nature is essential for healthy childhood development and for the physical and emotional health of children and adults. More than just raising an alarm, Louv offers practical solutions and simple ways to heal the broken bond—and many are right in our own backyard.’

Richard Louv talks about Nature Deficit disorder in his book “Last Child in the Woods. He writes about how the wired generation is slowly yet steadily severing the connection with nature as they remain glued to their smart phones and tv screens, resulting in rising obesity, attention deficiency disorder and depression.

Children stay indoors, hooked on to their smart phones, busy staying connected with the world, sharing their one liner responses and repartee. They are oblivious to the inconspicuous little violet flowers blooming amidst the green grass, or the bright yellow dandelion growing in their own backyard, or the red breasted cardinal trying to woo his plain brown mate, and the butterfly fluttering around the rhododendron bush. They don’t see these anymore as they are completely submerged in their virtual world. But the virtual world is just that, virtual! There is nothing new that I can say about the lessons of nature! It has all been said before! The great outdoors broaden our horizon, rejuvenates our souls, humbles us in its great expanse, reminds us we are mere specks in the grand scheme of things. Nature inspires us to create, we aspire to touch its beauty in canvas, in written words, through lenses. The changing season teaches us transience of time, the fleeting moments we have in this world and we should, indeed, seize the day. We really do not need to hike the Pacific Crest trail to be one with nature, we simply need to look up and look around.

I grew up in the congested city of Kolkata, far away from nature. Granted Kolkata was greener than what it is now, but it was still bereft of much natural beauty. Sure there were more trees, maybe some more green fields for children to play in; yes, a few more ponds that had not been devoured by man’s growing needs. Kolkata wasn’t sprawling out to the country side so when we took the train outside the perimeters of the city, we could still see the soothing green. So how did our generation, that grew up in big metropolises and far away from natural splendor escape some of the ill effects of Nature deficit disorder? I believe literature and human connection saved our generation – the generation of city dwellers. We still developed the sensitivity to appreciate the great outdoors because we read books and let our imaginations soar. We saw the ‘host of golden daffodils’ along with William Wordsworth and we too, with the poet, rejoiced at the memory, when ‘in vacant or in pensive mood.’ We went on journeys with poets and authors and learnt to look at nature through their eyes and through their words. Their words seeped into our hearts and made permanent tattoos of woods covered with snow and a lonely horseman pondering the miles to go before he sleeps, or the bright star that ‘not in lone splendor hung aloft the night’ (Keats)! We accompanied Apu and Durga of Pather Panchali (Bibhutibhushan Bandopadhyay) as they lost themselves in the magnificence of nature and discovered the joys of the unknown along with them. We, too, witnessed ‘Starry night’ along with Van Gogh. We named the nameless tree growing next to our window, “Amaltash” because we loved the name in Buddhadeb Guha’s books and imagined ourselves under its shade.

We heard stories of kings and princes and again our imaginations took flight. We fought along with them to bring peace, save the princess and slay the demons. But our children have routine, they have structure, they have practices. They have soccer and swimming, they have piano lessons and dance classes. Their evenings are structured to the very last minute till bedtime. So this summer, I decided to break free. My seven year old didn’t do any summer camps, my thirteen year old was left free to read and listen to music to her heart’s content.

They had time to lay on the grass and stare up at the sky. 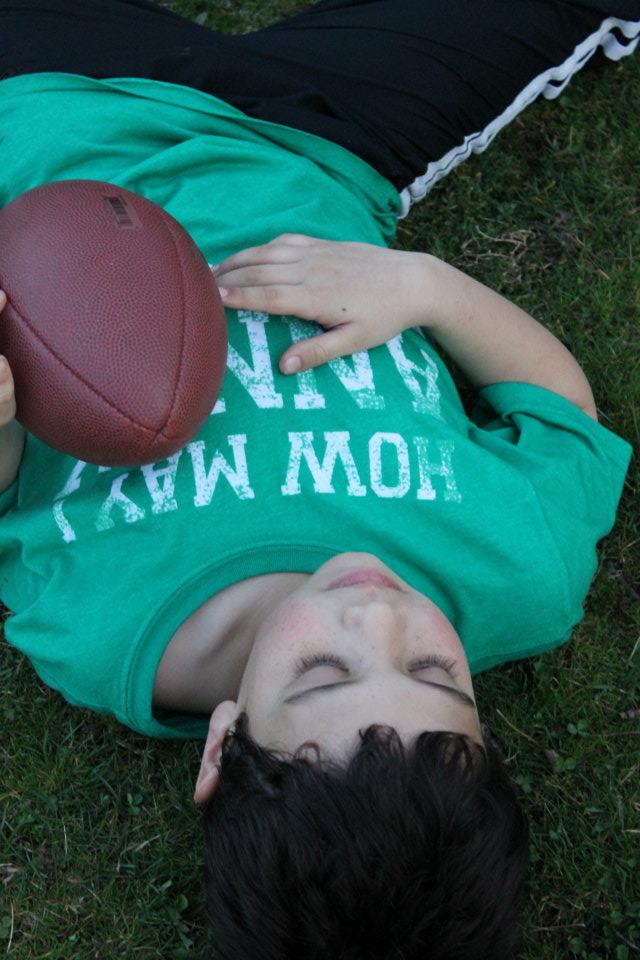 And imbibe this serenity in their young minds!

Or soak in every bit of happiness that such a scene can evoke, right in their backyard. 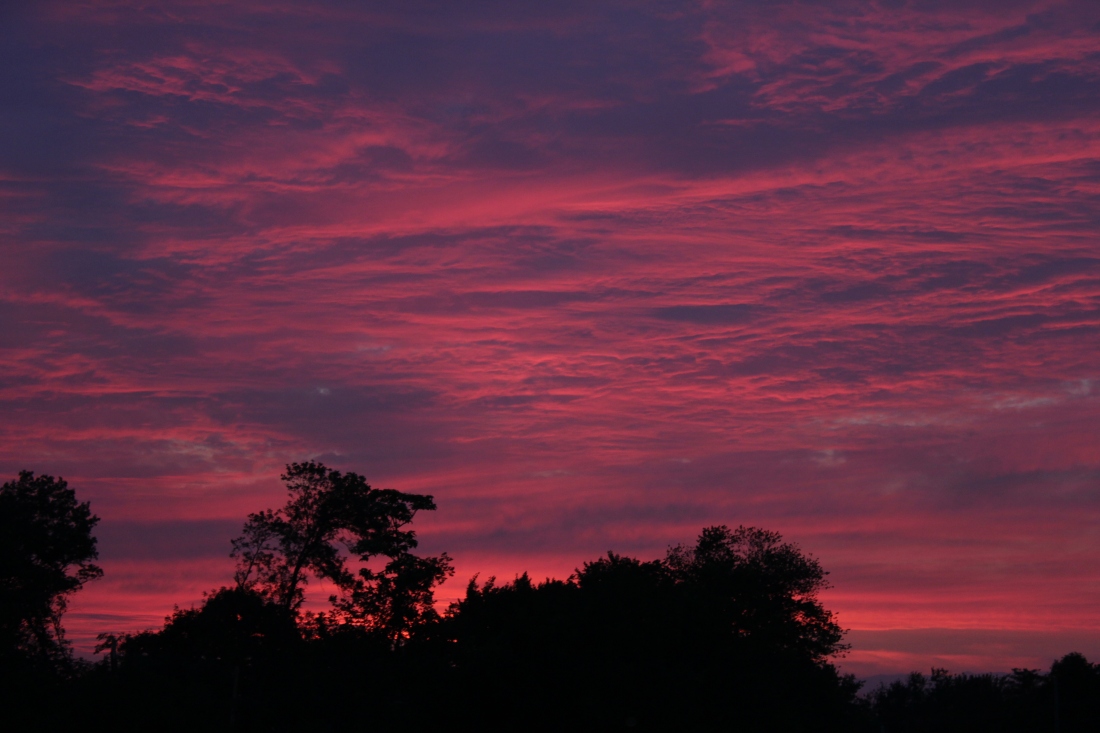 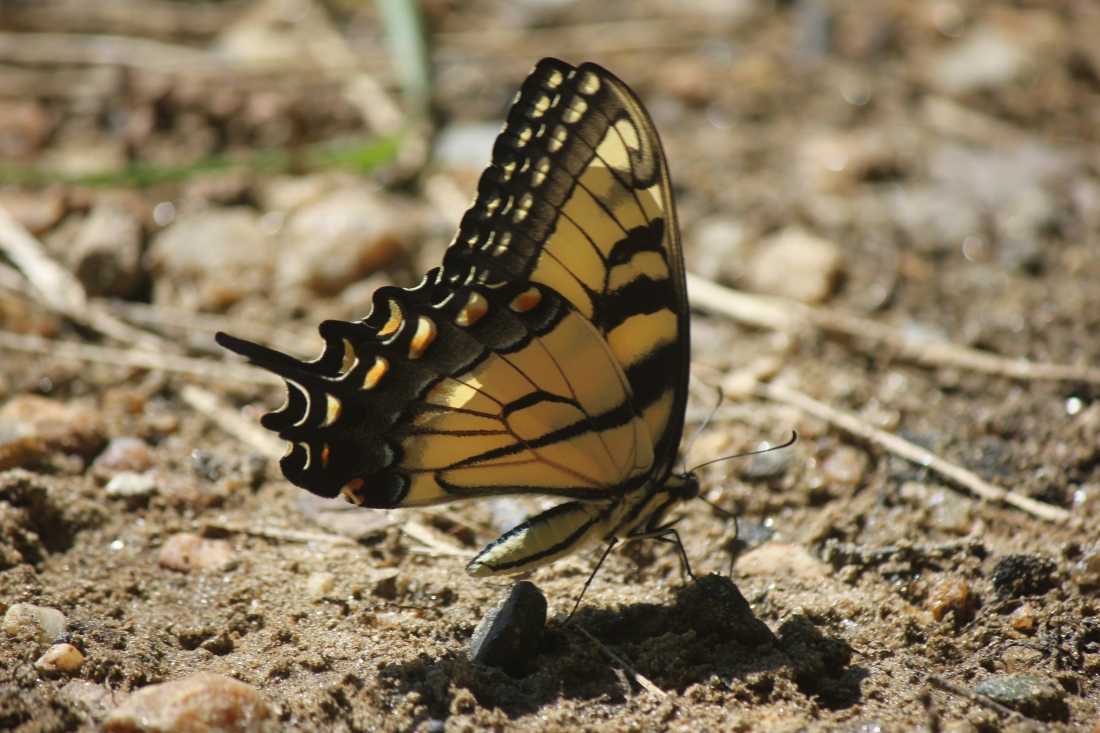 And saw one settle on a flower. 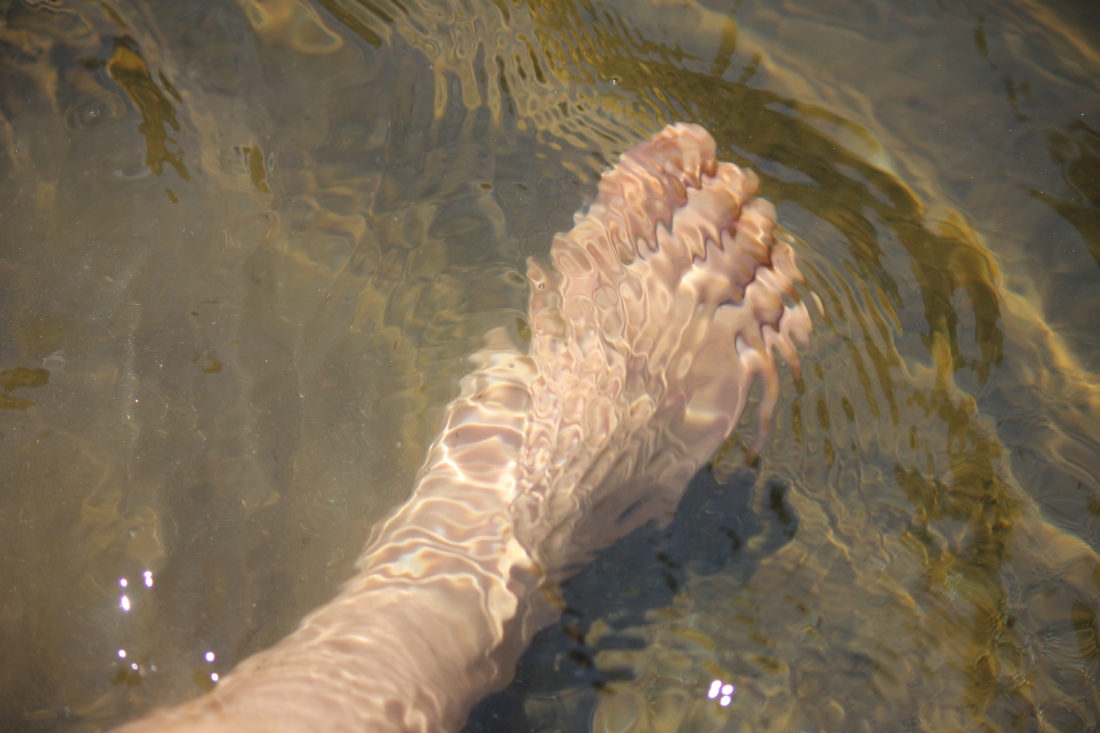 And we noticed the wild flowers and the bee.

Our children belong to this age of technology. They will be outcasts if they are not wired but then again, they will lose out so much more if they don’t cast off their wires often and open the door to the great outdoors. At the end of the summer, the children were ready to go back to school. They actually voiced their need for structure and routine in their lives. The seven year old, however,  knew a lot more about spider webs, butterflies and skimming rocks; the thirteen year old surprised me with quite a few songs that she wrote over the summer. And also this poem….

Beauty is nature
The pounding waves,
Scarring immortal rock
Leaves but a grain of sand.

Beauty is nature
Lulling me to sleep.
The darkness surrounding,
The whispering wind.

Beauty is nature
A leafy green tree
Wildlife vastly stretches
As man, a speck of dust, screams his significance.

6 thoughts on “Do our children suffer from Nature Deficit Disorder?”